Zig or Zag, but Do This

Aim for a goal, and you will surely miss.

Yep, an unknown tactic is to surely not aim exactly for that goal.

This defies basic human logic because most people believe if they want to “make some money,” they should try and “make some money.”
One of the weird facts is that you decide to aim directly and only for money then you’ll rarely make any money. This is because money takes energy and gives no value but giving and sharing value derives from helping people.

When you aim to “just make money” you’re blinded by the money, and you forget the most important thing – helping people by adding value which is like energy fuel.

My dad told me that if I felt bad, made, sad, worried, shy (which I was incredibly so) to go out and help someone. To go and teach, feed, hug or make someone laugh and that would bring what I needed. 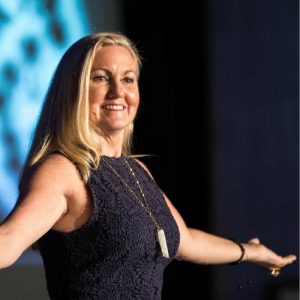 He didn’t exactly teach me that it would result in dollars but having helped so many folks get their next step, grow their business or income, heal their body or life I DISCOVERED that everywhere I looked I found occurrences of the same thing. The world was full of indirect discoveries.

Then I put it all together that my favorite past time of hanging out in nature was the most elegant demonstration of achieving a goal!

Nature never moves in straight lines, but basic human logic does. Nature creates perfect order from chaos. Human logic creates chaos from order. Nature was an indirect thinker, it always moved in angles, and it was very good at it.

Miracles move to the tune of the force of nature and are purely natural, but we look at miracles as something impossible, infrequent and a mere coincidence.

Start applying the zig and zag and don’t look at the straight line toward the goal and you’re more in line with nature. Miracles are more easily possible this way.

If you’re standing at a mountain top and trying to find your way once you get down look for the straight lines because it’s human-made. That’s a giant difference I want you to consider.

Aim and apply a indirect approach because there’s wind, rain, bumps, and hurdles that will result in something wonderful … so long as you keep going.

For the past several years I am selected as the top entrepreneur in my area, and it’s where I get to help people the most and be of the greatest value and service that I believe makes the difference.

How did my life and business go from me nearly dying to the place where it’s at today?

It took new eyes, a new perspective and a polar shift from the direct to the indirect. You see I had helped many companies get their golden prize yet they always wanted the direct approach, and that always yielded pain and struggle.

Here’s a list that you can use to start applying in your own life and business (no matter what type or size it is) today. As you might imagine it’s not typical but very valuable.

1. The Self Illusion
In business, there’s one enemy you will come up against again and again. This enemy will make you question yourself and doubt your every move. It’s like a dark force that has you by the heels. A monster that’s breathing down your neck.

This enemy is you.

Society has phrases like “Be yourself.” “Stick to your roots.” “Don’t forget where you came from.” Have you ever stopped to think about who you really are? Where is this thing you call the self? The self doesn’t exist; it’s merely you clinging to an identity built up of stories about the past.

It’s been my observation that the only way to achieve success is to become the person who deserves it. When we become this new person, we are no longer ourselves. You see, this is the issue with our understanding. We believe we are something when we aren’t anything.
To succeed in business, you have to change who you are. You have to evolve continually. This is impossible when you cling to your identity and believe you are the way you are. You have to reimagine and disintegrate your self-image.

2. The Mirror
People don’t have business problems; they have energy problems that show up in their life, health, relationships and then in their income or business. 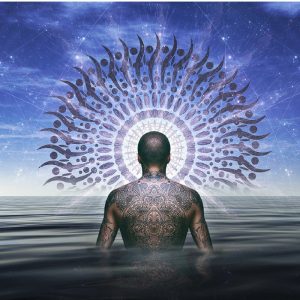 Most people try to start a business by focusing on logical business things like their website, sales skills, marketing, etc. When they experience a business problem, they think it’s a business problem, and they attempt to solve it by focusing on the same things. This doesn’t work.
Your truest self is the mirror in your income and your business. If you’re heaving your energy is heaving. If your people are lagging, you are the laggard, and you have to own it rather than just say I work so much, so hard, etc. Clean up your energy and the mirror reflects rewards that are untold.

Let me give you some examples:

Most people believe that nobody will pay for their skills and they won’t get customers. They don’t believe in investing in themselves so how can they believe others will invest in them? They’re seeing a mirrored image of their own belief. Or if you do invest in yourself and have the belief that no one will ever pay you what you invest then…you’re right.

We see this with salespeople too. If they struggle to get people to make a decision and they keep getting “let me think about it.” They’re likely “thinking about it” when they’re buying themselves. People sell the way they buy and buy the way they sell.

90% of the time the problem in your business is coming from your own personal energetics and then mindset. Clean it up there, and it vanishes. When you’re starting your own business, you must be aware of the mirror and gain the tools to clean it up regularly. (Click Here to check out this business tool.)

Most people have hopes and dreams, but they rarely achieve them. They write down things they want, they say daily prayers, take a stab at a few things, say mantras, journal but nothing ever comes of it. People always dip to the lowest vibration of themselves which they can accept, not the highest vibration of themselves which they can imagine. The imagination muscle is weak or non-existent, and the accepting things the way they are muscle is much too big…kinda like a weight lifter who has tiny legs but huge arms and abs.

Change comes from lifting your standards, not your dreams. You can binge watch tv series and get sucked into that exact type of energy and then bring it into your life. TV is an escape and leaves the dreams on the back-burner for later. But the sure thing that most people will fight like heck to not breach their standards or do something they don’t know or understand. This pattern presents itself in everybody.

If you want to observe somebodies pattern of existence, look at their bank account. Most people have two numbers “Desired balance” and “Panic balance.” They want to have more money in their bank account, but the force of desire is nowhere near strong enough to make them do something about it.

Then there’s the “Panic balance.” The number that somebody panics when their balance falls below it. Sad thing is that most people live only to be just beyond the panic balance and then get cranking and take massive action or work tirelessly until they’re back in the safe zone.
These two numbers present a person’s financial dreams and standards. This is the habit of energetic existence that appears everywhere in a persons life, not just their bank account.

When you want to change your life or business, try to map your dreams and standards and understand where they are. Find the lowest version of yourself you’re willing to tolerate and then work on lifting that standard to where you truly want to be. When you do this, you’ll light a fire within you like nothing else. Turn the tides to be who, what and how you want to be here: CLICK HERE!

Remember that energy is where the real you shiney and success is more easily attainable…let it shine today! 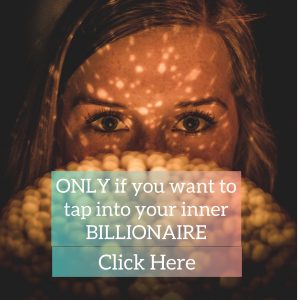 EP 244: End the Fear of Talking to People