1. Prematurity
I’ve had this challenge of being too early to the market with something. The first time this happened in my own business was when I put a store on aol.com for meditation.

My store was one of the first 20 stores and it was way to early to succeed. First the market didn’t readily adopt the idea of meditation at that time and second the market wasn’t buying stuff easily on-line.

To date, though through other means, I’ve sold over a few hundred thousand meditation audios.
If you’re too early and yet still believe in your idea then find a market, someone willing to buy it for their own use.

You use all your money to develop your idea into a website and brand and you go out there and find out that the world isn’t able to translate into sales.

First, you must go after your ideas. Prove the concept by a sale to a client into your idea and then build your brand and site.

You see many great ideas but it’s the ones that people buy that are the “best” ideas.

This is fun because we are often so cloistered in our own worlds and minds that we forget to get feedback from others.

I once had a client who had massive success with my processes and wanted me to write the forward to their book. I’d already learned the hard way on this one by doing a forward to a book that I didn’t read because I believed in the client so much and that book turned out to be a mess.

When I received the proof of the book this new client wanted me to write the forward for and read it I was shocked at the chaos of the writing. The editor had insisted on a style that people don’t read or digest and I had to tell the client that I could only write a forward if he did a much more clean version that was true to his nature.

To date he has not supplied a new version.

He was delusional in planning, a huge launch and had only his editors and great business success as his feedback mechanism.

Doubt and lack mentality will crush any dream or idea to becoming fully realized.
True that you need money or income and yet the lack and chaos around lack ensures that those results are far off in the future.

Here’s a free download of how to conquer the lack mentality that creeps in because it will and does.

You will have to conquer all your past lack thinking along the journey in order to keep things moving ahead.
It’s easy to slip away and just “forget” and yet forgetting is the lack taking you into never never land.

Many people actually stop themselves on their journey to success because they’ve experienced others’ lack of integrity and assume that that is how business need to be won.

Truth is that what you put out there you get back. So put out the best integrity in all your actions and you’ll receive them back.

Last night one of my Innovator Circle Champions piped in with a question on our group call. He asked what’s the thing I need to do about getting people into this program I created for them which they asked for. Almost in the same breath he said, “it’s no big deal one way or another, I was just putting it out there.”

This is the most sure fire way to have wishy-washy results or even no results.

Make your idea full and true and implement it with certainty, that it is the best thing ever…or else don’t put it out there.

Starting up takes a lot of energy. I often say it’s like the days of hand cranking the motor car. A lot of work to get the momentum.

You may feel fatigue. However, you’ll want to ensure that you eat better (ie. Limited or no sugar and bread is the dangerous food for creating even more fatigue.)

Your idea may not be fatigued but your enthusiasm for it may and this is when you bring on a mentor or coach to find newness in it or you.

Search outside your expertise to keep fatigue at a minimum. This will ensure that you have plenty of ideas and fodder for the next version of what you’re here to do or share.

One thing to note: all but the first are entirely under your control.

For more of these articles, rule breakers, energetic solutions or concepts, for more ease and grace in your life or business, connect with me at SheevaunMoran.com. 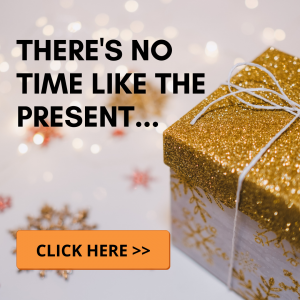 Take Up The Baton And Create Something New

EP 262: Soul Commitment Doing Good For Yourself And Ourselves

EP 261: What Keeps You Stuck & How To Address The Abyss Of Business

Apply to Emerge and
Monetize Today

Get all 10 of our Challenges

Now you can grab all of Sheevaun’s Challenge Recordings to listen to on-demand and revolutionize your prosperity, business, and mindset so you can build an Epic Life!